Victoria is the capital of British Columbia, a resource-rich province, with once bounteous forests and wildlife, fresh and marine waters and fisheries, coal and minerals, farmlands and more recently, natural gas. But as with many other richly-endowed places, unsustainable exploitation of these resources has led to many problems, but at the same time to also a rich legacy of community activism to oppose resource developments, protect the natural environment and work to chart a better course towards ecological responsibility.

The GVR is a region of about 350,000 people organized in 13 municipalities with a regional government – the Capital Regional District (CRD). We are located on the southern tip of Vancouver Island, a large island comparable in size to the Netherlands or Taiwan (and half as big as Wales), but relatively sparsely populated (750,000 people). The temperate climate and beautiful coasts and forests make it popular with the locals, as well as with tourists and retirees from the colder parts of Canada – those that can afford it!  It is an expensive place to live and issues of poverty, hunger, homelessness and unaffordable housing are significant concerns in the community.

The combination of community and ecological activism has received greater attention in recent years as demonstrated by the growing assertiveness of Indigenous peoples for their rights with respect to land and resources, as well as their inherent rights to self-determination and self-government. Indigenous communities are often in the forefront in opposing pipelines crossing their territory, or in blocking or modifying unsustainable forestry, fishing, mining and other activities on their claimed and unceded lands.

The GVR is thus a hotbed for environmentally, culturally and socially conscious activities, and it is in this context that our work on a One Planet Region is embedded. What makes our approach unique is that we are one of only a few initiatives (which are connecting and collaborating) that are explicitly trying to integrate the ecological, social, cultural and economic aspects of development in a local and regional context. 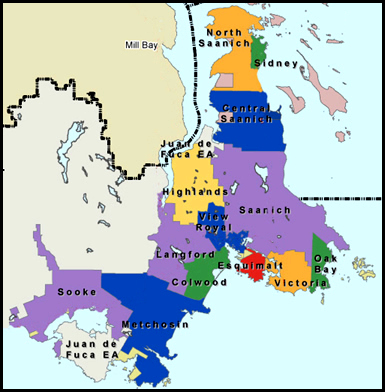