More about the One Planet Region 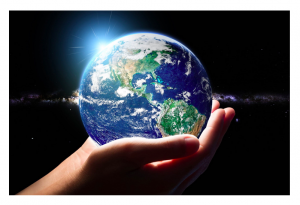 Right now, Canada as a whole acts as if we have almost five planets to sustain us, because our Ecological Footprint (EF) per person (the amount of biocapacity we use to meet our needs and dispose of our wastes) is 4.7 times the actual biocapacity of the Earth. Regionally, the EF has been found to be about 3 – 4 planet’s worth of biocapacity use. The stark reality is that we only have one planet; there are no other planets available to us – in other words, there is no Planet B. So we need to act as a ‘One Planet’ region, within a larger ‘One Planet’ country.

The concept of a One Planet Region, while it emerged out of local discussions in Greater Victoria, is rooted in the historic images of the Earth taken from the moon orbit in 1968 as well as in the 1972 book ‘Only One Earth’ and the Club of Rome’s 1972 report on ‘The Limits to Growth’, both prepared for the First UN Conference on the Environment in Stockholm in 1972.  Almost 30 years later, in the early 2000s the UK-based non-profit consultancy Bioregional began to popularise the idea of One Planet Living, an idea that was taken up by the World Wide Fund for Nature.

The challenge we face, then – the greatest challenge confronting humanity in the 21st century, and especially for people living in high and middle-income countries – is how we reduce our ecological footprint to the equivalent of One Planet, while at the same time maintaining a high quality of life and well-being with healthy peoples and communities everywhere. For Canada, this will mean an 80 percent reduction in our footprint over the next few years, while for the GVR it means a 70 percent reduction.

This must be accomplished in a way that is ecologically, socially and culturally just. We want to create a decent quality of life, good health and well-being, and sustainable communities for everyone, in the North and the South.